POINT TUPPER, N.S – Golf tournaments are always a fun way to raise funds, but rarely do they make this kind of a local impact. On Friday, the NuStar Energy Fairways to Success Golf Tournament raised $115,000.00 to support the Cape Breton Regional Hospital Foundation’s Cancer Patient Care Fund and the Caleb’s Courage Legacy Fund.

"We were thrilled to be selected as one of the charities of choice," said Nicole MacArthur, Caleb’s mother. "It’s amazing to see Caleb's Courage gaining such a strong momentum across the Island. NuStar has embraced Caleb's superhero movement with such enthusiasm. It has been a pleasure to work with a company that is so passionate about giving back to their own community."

"At NuStar, we’re proud to support healthcare in Cape Breton. Cancer care and Caleb’s Courage are important to us as an organization, but also a cause close to our employees as well," said NuStar representative, Chelsey MacEachern. "Our employees have made a positive difference in the communities where NuStar has operations by donating their time and resources to countless worthy causes. They are the reason that the best is yet to come for NuStar!"

The Cancer Patient Care Fund provides financial assistance to cancer patients at the Cape Breton Cancer Centre during treatment. The fund provides support to patients who need help with the cost of travelling for care, medical costs, lodging and in dire situations, household costs.

"The Cancer Patient Care Fund is 100% donor funded and does not exist without the support of generous community groups and businesses like NuStar," explained Cape Breton Regional Hospital Foundation CEO, Brad Jacobs. "We are very grateful for their dedication to patients in Cape Breton."

Caleb’s Courage Legacy Fund was created with love by Caleb’s parents as a way to honour their son, and, with the help of the Cape Breton Regional Hospital Foundation, to make a positive impact in healthcare for families all over Cape Breton Island. "Helping Little Superheroes Fighting BIG Battles" is their mission and their mandate is to provide support for critically ill children & their families by enhancing the services, programs, & facilities for "Pediatric Palliative Care & Oncology" in Cape Breton.

Known for its special caring and sharing culture, NuStar has been ranked as one of FORTUNE’s "100 Best Companies to Work For" for eight consecutive years, recognized with many national safety awards, and lauded for its tremendous commitment to community service.

Since 1992, the Cape Breton Regional Hospital Foundation, in partnership with the community has raised more than $38 million to purchase equipment, and fund upgrades at the Regional Hospital. Since 2014, the Foundation has raised 1.35 million for mental health services. The Foundation has recently been accredited under Imagine Canada’s national Standards Program, which promotes transparency of charities and nonprofits, and strengthens public

confidence in organizations and the sector as a whole.Thanks to the generosity of the Cape Breton community, our foundation has been able to purchase priority equipment and fund services which provide world-class care, closer to home. 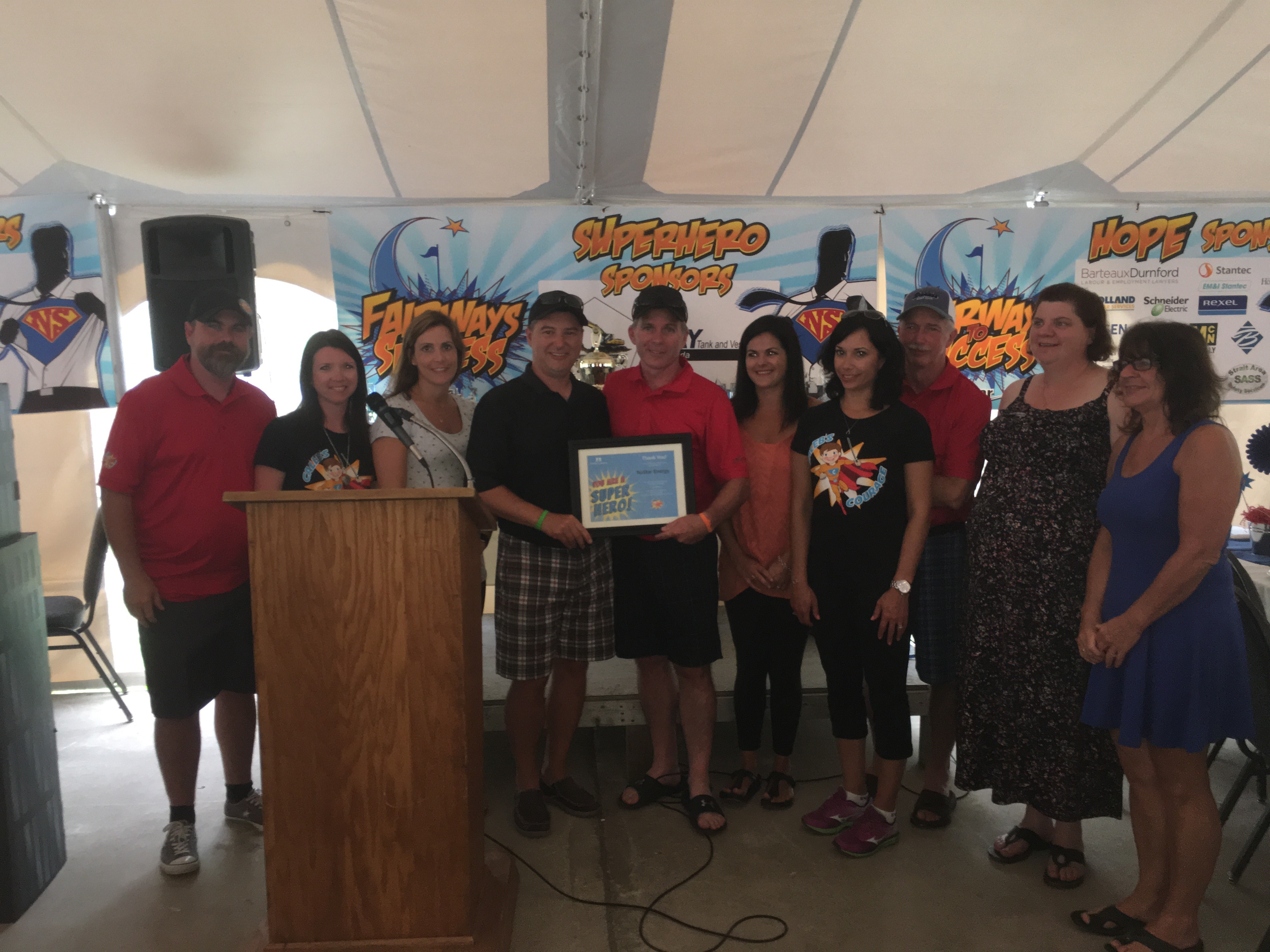