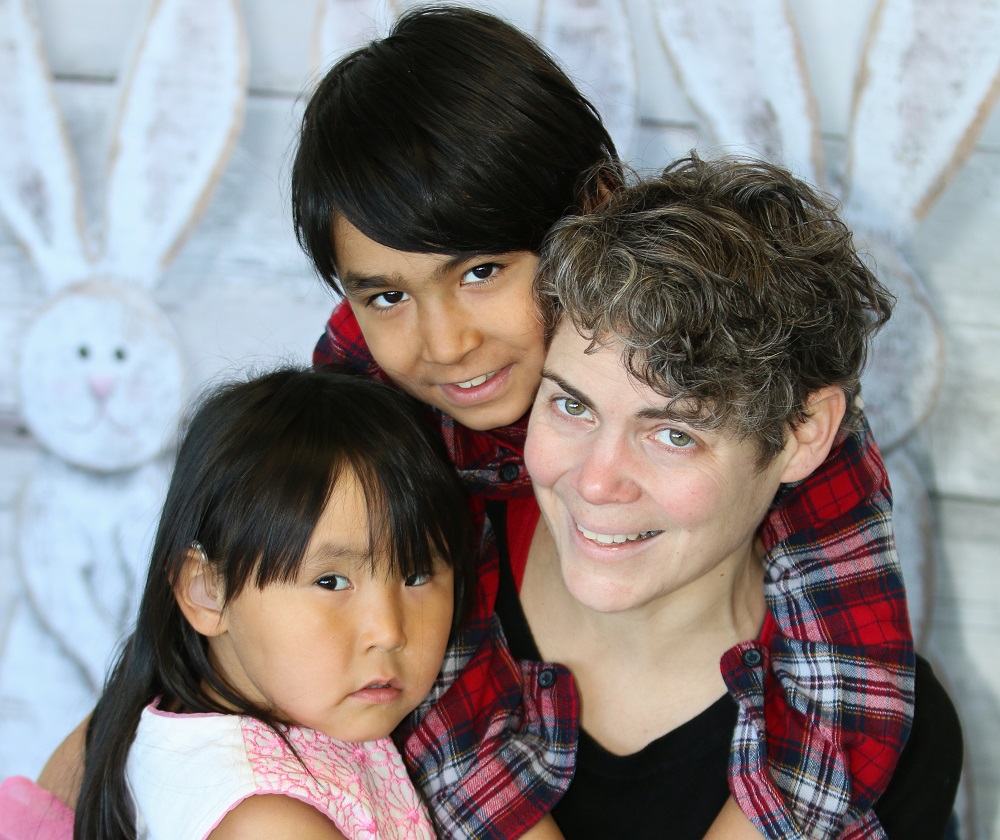 It was an act of kindness that offered Claire’s two children some sense of normalcy when she was battling cancer at the Cape Breton Regional Hospital. It was your donations that gave them comfort. She was here in Cape Breton, but they were 200 kilometers away in Antigonish. At only 9 and 6, they needed comfort and care.

When Claire was diagnosed in March of 2019, her first thought was Maggie and Lucassie. It’s only the three of them at home as the two incredible children were adopted from northern Quebec when Claire was working as a social worker in their remote Inuit community.

Claire was assessed at the Cape Breton Cancer Centre and a treatment plan was quickly formed. “I felt respected and knew that they cared about my health and wellbeing,” Claire said. Her chemotherapy, radiation and surgery was planned and the course of action was identified, but her thoughts were still, “While I’m away, what will my children do? I was more worried about them than myself.”

The Cancer Patient Care Fund, 100% donor-funded, helps patients with the unexpected costs associated with cancer. Claire met with social worker Tom MacNeil and he eased her mind, letting her know that unknown donors, kind and sympathetic strangers, give to a fund that would take care of her children. This fund supported childcare and made sure Claire’s children had the care they needed.

Although Claire’s battle with cancer was rough, she endured and fought.  When Claire’s father was diagnosed with a similar cancer shortly after she was, the stress on the family became overwhelming. He was hospitalized while Claire was in Sydney receiving treatment, but she was able to rush home to say goodbye on the day he died.

"I think he held on until I got there," Claire said. "My daughter prays to her Poppy every night, and asks him to bring her treats, like he did when he was alive," Claire said.  "Losing their grandfather at the same time that I was too sick to care for them was extremely hard on them. What we needed was a stable, compassionate, and patient caregiver.  The fund made it possible for me to find the right people, so I could focus on my own healing, and the kids could feel some normalcy again. I am so grateful."

Claire lives in Antigonish, Nova Scotia with Lucassie – 9 and Maggie Mae – 6. Cancer will always be a chapter in her life, but the care she received and the support she found will be the bookmark holding that page in place.