He, along with a strong group of other community leaders used the vision of a healthier Cape Breton as a motive to rally the community together for what Jack felt was the worthiest cause. Jack headed the fundraising campaign to build the hospital and in the early 1990’s, he and a group of volunteers raised $6 million dollars to build the Regional Hospital and the Cape Breton Cancer Centre.

No job was too small or too big for Jack Yazer. He knocked on every door in Cape Breton, canvassing for donations at the time of the fundraising campaign, he also led by example and acted as a positive figure in the community – he led a project that everyone wanted to be a part of.

Jack’s legacy lives on through the Cape Breton Regional Hospital Foundation. Since he started the Foundation in 1992, more than $35 million has been raised for healthcare needs in Cape Breton. Since he helped to lobby and fundraise for the Cape Breton Cancer Centre, there have been more than 400,000 patient visits to the Centre, allowing cancer patients to be at home with their families in time of sickness.

A picture of Dr. Jack Yazer lives on the wall of the main office at the Cape Breton Regional Hospital Foundation, for without his guidance, perseverance and dedication to healthcare in Cape Breton, our community would look a lot different.

Since Mahmood Naqvi came to Cape Breton Island in 1962, his vision has been to improve the health care of the people of Cape Breton. From his early days of treating injured coal miners, to his instrumental role in the opening of the Cape Breton Cancer Centre, Dr. Naqvi worked hard to see his vision come to life.

With the support of his fellow physicians and nursing colleagues, he developed an Intensive Care Unit at the Sydney City Hospital. Dr. Naqvi served as co-chair of the Cape Breton Regional Hospital Foundation and his goal of consolidating the services of Sydney City and St. Rita's Hospitals was realized when the Regional Hospital opened in February 1995.

Dr. Naqvi pioneered the use of laparoscopic surgery at the New Waterford Consolidated Hospital and has travelled throughout Nova Scotia teaching surgeons hands-on laparoscopic procedures. Retiring from surgical practice in the mid 1990s, Dr. Naqvi took on a new challenge as Medical Director of the Cape Breton Healthcare Complex and, in this capacity, helped open the Cape Breton Cancer Centre.

Dr. Naqvi has been honoured by the Medical Society, the Royal College of Physicians and Surgeons and many other organizations. In every activity that he has undertaken, Dr. Naqvi has demonstrated the rare quality of making his interest for the well-being of others "contagious" -- making it the interest of many. His passion for doing good, and his quality of excellence, inspires others to carry on with his vision.

A former board member of the Cape Breton Regional Hospital Foundation and a crucial part of the movement to have a regional hospital built, George Unsworth is a true friend to the foundation. After years of advocacy and unwavering support, George has made great strides to support healthcare in Cape Breton.

George was dedicated a board member from 2010 - 2014, during which time he chaired the first ever Mental Health campaign. This campaign  raised over $1.35 million to support at risk youth, inpatient health and wellness, housing and transportation. 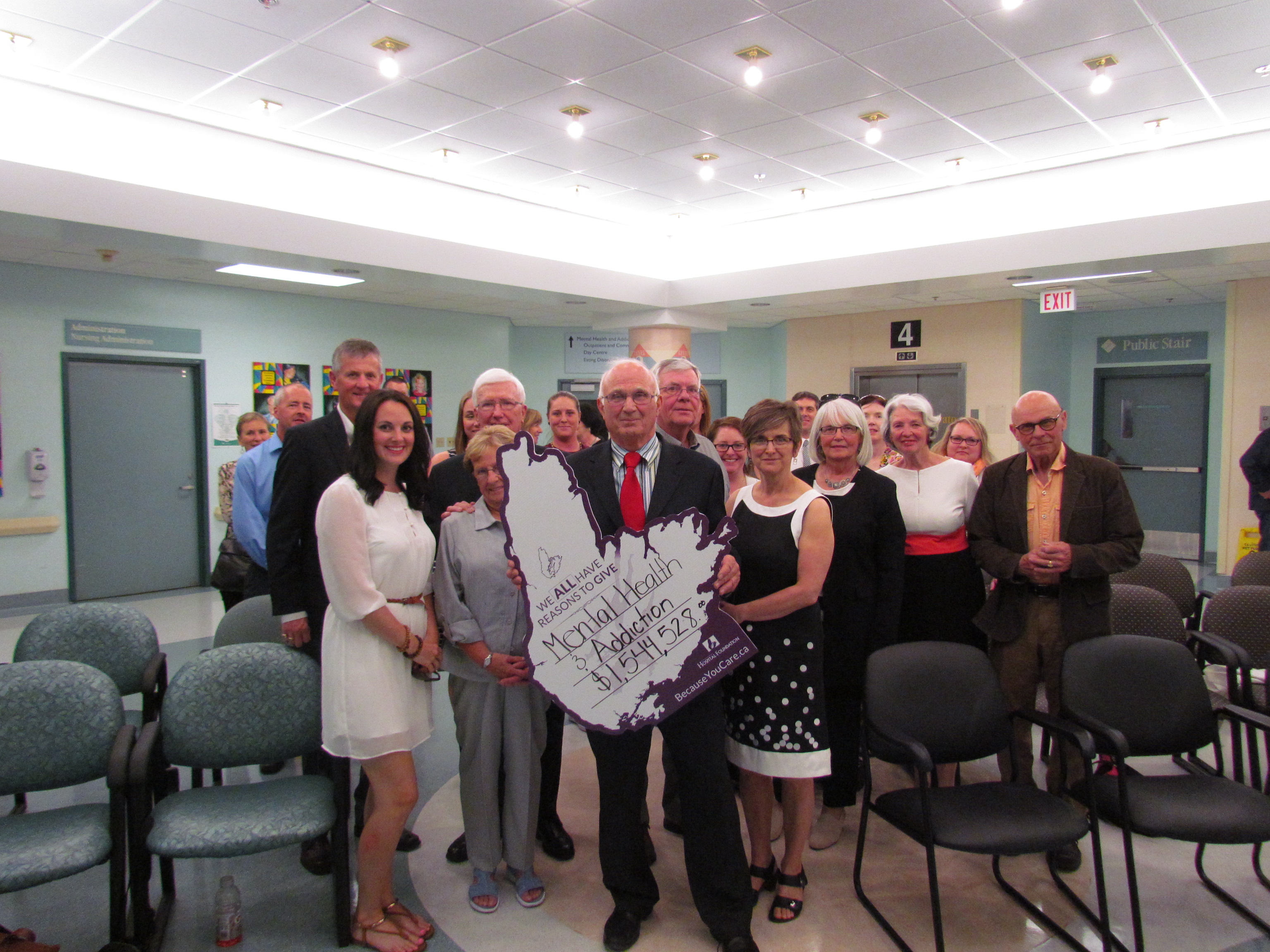 George also served on the cabinet of the capital campaign, with Irving Swartz and others to outfit and expand Cape Breton's Cancer Centre, which treats 150 patients every day.

Presently, George sits as the Vice Chair of the Nova Scotia Health Authority and continues to support all campaigns and initiatives of our Hospital Foundation.

Along with 14 other incredible philanthropists, George was honoured on May 23, 2017 with a Because You Care Tartan tie, representing his dedication to the Cape Breton Regional Hospital.