SYDNEY, N.S – Neil Lund may only be thirteen months old, but he’s already fundraising for the Cape Breton Regional Hospital Foundation. Neil is part of a new fundraising campaign and he’s helping make some real change in Cape Breton.

The Sydney Credit Union Changemakers campaign, started in partnership with the Cape Breton Regional Hospital Foundation, is asking the community to pick up a kit and make change, literally. This campaign is a fun and innovative way to gather donations and give back locally. One hundred per cent of the money raised will stay in Cape Breton to help patients like Neil, who was born with a potentially fatal heart condition.

“Without the proper equipment, Neil’s heart condition would have never been detected and Neil wouldn’t be with us today,” said Sara Planetta, Neil’s mother. “We’re thrilled to be Sydney Credit Union Changemakers and help in any way we can.” Planetta, along with a group of six friends, are selling home baked cheesecakes, tickets on personal training sessions and coming up with other fun and innovative ways to fundraise. “We just know how important the equipment is,” said Planetta. “Because of the Cape Breton Regional Hospital discovering his condition, they literally helped save my baby’s life.” 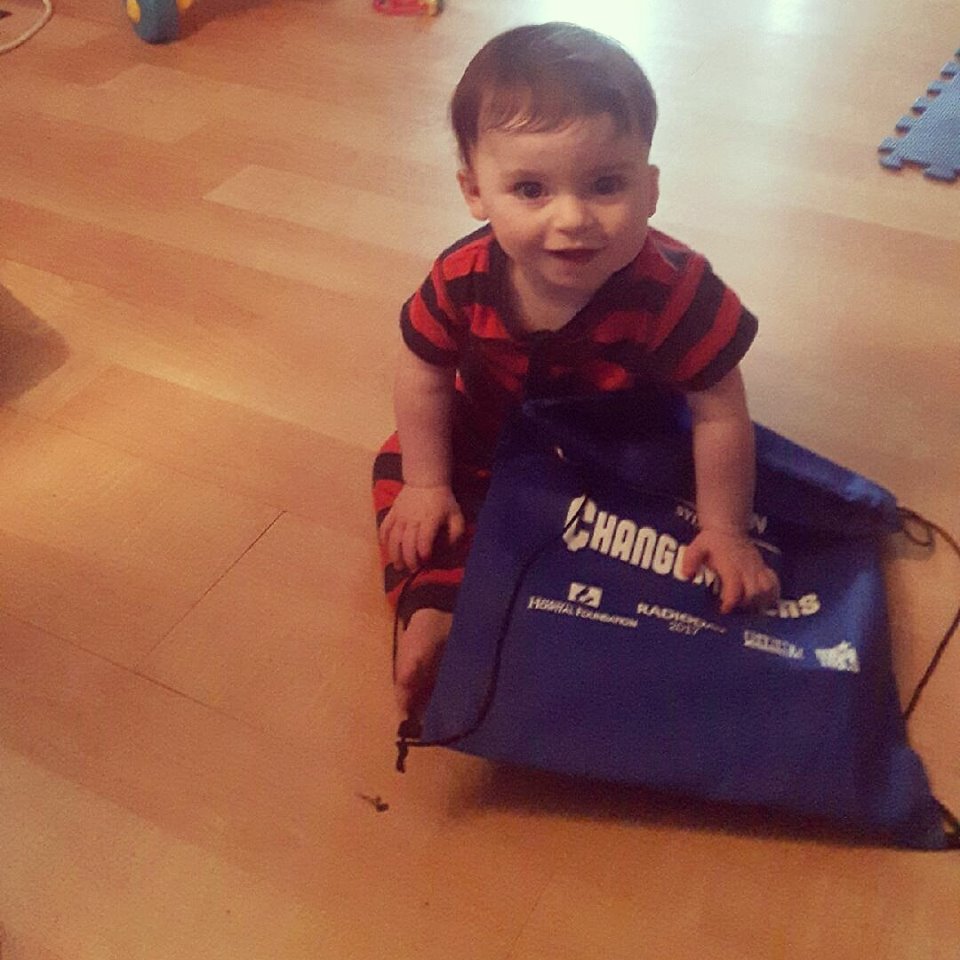 Although he had to visit the IWK for an open heart surgery, the charming little boy is now happy and healthy, but still requires regular check-ups at the Cape Breton Regional Hospital. “Neil just celebrated his first birthday in July, but to get to that year was hard,” said Planetta. “His condition was discovered during a routine ultrasound, and he still needs to use all kinds of heart monitoring equipment to measure his progress.”

The campaign, which is designed to be fun, has the potential to save lives in Cape Breton. “We’re thrilled to be a part of this campaign,” said Carol Ripley, CEO of the Sydney Credit Union. “We’ve supported the Cape Breton Regional Hospital Foundation for over 20 years and this is another exciting way to get everyone involved.” The campaign asks Cape Bretoners to grab a Changemaker kit at any of the Sydney Credit Union locations and raise funds for the Operation Heart Campaign.

There are only 150 kits, so any interested Changemakers should act fast. “I have no words to tell you how it all felt,” said Planetta. “I was heartbroken for my baby boy, but now he’s better thanks to the medical attention we received.”

Since 1992, the Cape Breton Regional Hospital Foundation, in partnership with the community has raised more than $38 million to purchase equipment, and fund upgrades at the Regional Hospital. The Foundation has recently been accredited under Imagine Canada’s national Standards Program, which promotes transparency of charities and nonprofits, and strengthens public confidence in organizations and the sector as a whole.Thanks to the generosity of the Cape Breton community, our foundation has been able to purchase priority equipment and fund services which provide world-class care, closer to home.