MEMBERTOU, N.S – On Saturday, September 15 the Cape Breton Screaming Eagles will be favoring the pavement over the ice. The Quebec Junior Major Hockey League team will take to the streets of Membertou in a rookie versus senior player game. The Eagles will be facing off at 3:00 p.m. in court five.

"The Because You Care Cup is an incredible event for our community," said Screaming Eagles Community Events Manager, Shaun MacNeil. "We are thrilled to be a part of it and I know the players are excited get out and play some street hockey."

This game is open to the public and there is no charge for admission. In addition to seeing the Screaming Eagles play on Saturday, every Because You Care Cup player who registered for this year’s event will get to attend the Eagle’s home-opener on September 28, compliments of Steve Lewis Auto body.

"We are looking forward to a great weekend. We are thankful to the Cape Breton Screaming Eagles for contributing to strengthening healthcare in Cape Breton," says Cape Breton Regional Hospital Foundation CEO, Brad Jacobs. "The Eagles are longtime supporters of the Foundation through the annual Pink at The Rink and Irish Jersey games, which have raised tens of thousands for cancer care in Cape Breton. This is just another example of their team wanting to give back. All proceeds from the fifth Annual Because You Care Cup will support the clinical trials for cancer treatment right here at home. Clinical trials can help find new ways to prevent and detect cancer so that patients can get an earlier start on treatment plans and have a better chance at surviving and thriving."

With an organizing committee of ten volunteers, this event has been in the works for more than 8 months and the committee is thrilled to have the Eagles participating. "We’re very excited that the Eagles are coming on board to support this event" explains tournament co-chair, Dave Curnew. "They bring an energy that will help make this event an even bigger success."

The puck drops at 3 p.m. on Saturday and it’s expected to be busy with fans and participants alike. Join the action in Membertou or follow along online at on our Facebook page ‘Because You Care Cup’.

Since 1990, the Cape Breton Regional Hospital Foundation, in partnership with the community has raised more than $50 million to purchase equipment, and fund upgrades at the Regional Hospital. This has reduced wait

times and provided an increased menu of services – closer to home. The Foundation has recently been accredited under Imagine Canada’s national Standards Program, which promotes transparency of charities and nonprofits, and strengthens public confidence in organizations and the sector as a whole.

Where: Because You Care Cup Hockey Tournement, Membertou – Court 5

Why: Supporting the Because You Care Cup and Cancer Research in Cape Breton 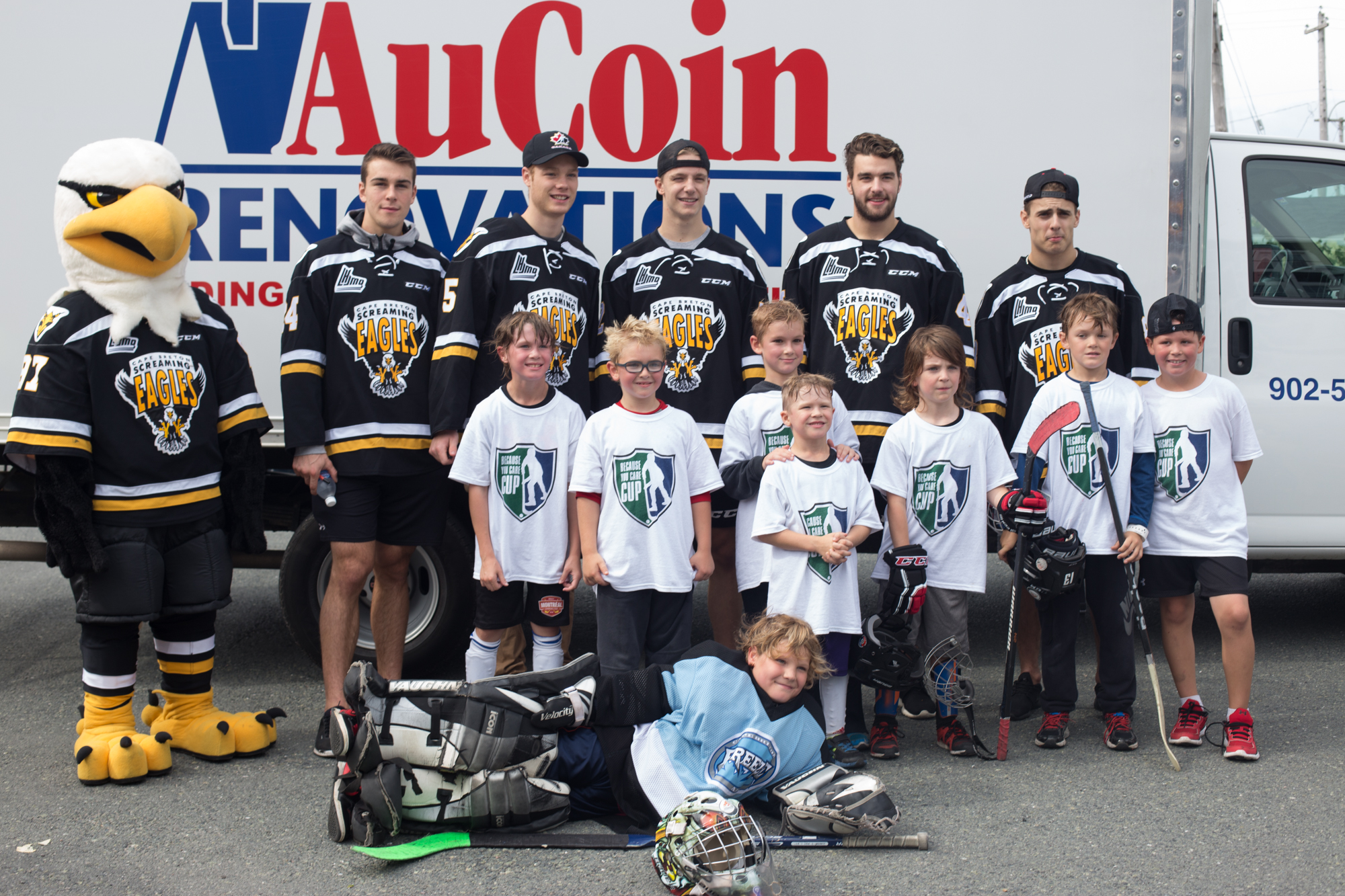